William Burges was born on 2 December 1827, he died on 20 April 1881 at the age of only 53. Despite a relatively short career he is considered among the greatest Victorian art-architects of the Gothic Revival. His creative vision, funded by the vast wealth of John Crichton-Stuart, 3rd Marquess of Bute, transformed Cardiff Castle and created many of the incredible sights enjoyed by visitors today. 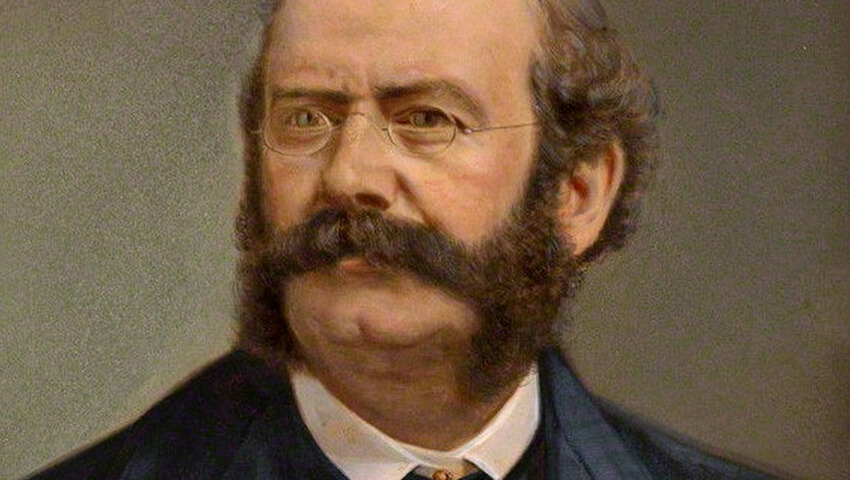 In 1865, the 18 year old Marquess met the Gothic Revival architect William Burges. It was an incredible meeting of minds. Over the next 16 years, the extraordinary combination of Burges’ genius and Bute’s wealth created one of the most remarkable buildings in Victorian Britain. For Burges it was the commission of a lifetime. A modest proposal to restore South Gate expanded into a plan to create an iconic Clock Tower, add more towers to the existing house and create larger rooms inside the house from a series of smaller ones.

Within a remarkably short space of time, the exterior of the Castle had been transformed and the skyline of Cardiff changed. The attention to detail was extraordinary and Burges’ drawings included not only the architectural masterpieces of the Clock Tower but also carefully crafted plans for furniture, decoration and bespoke furnishings. A team of craftsmen worked on site for over 20 years and when Burges died prematurely in 1881, the work continued thanks to the legacy of his meticulous drawings.