The Banqueting Hall is the largest room in the castle and is in the oldest part of the building, dating from the fifteenth century.

However, all the surface decoration, ceiling and floors are in fact a Victorian re-imagining of a noble hall from the Middle Ages and took nearly 15 years to complete.

Admission to the Banqueting Hall is included with your Castle Ticket, or you can find out more by joining a guided tour. 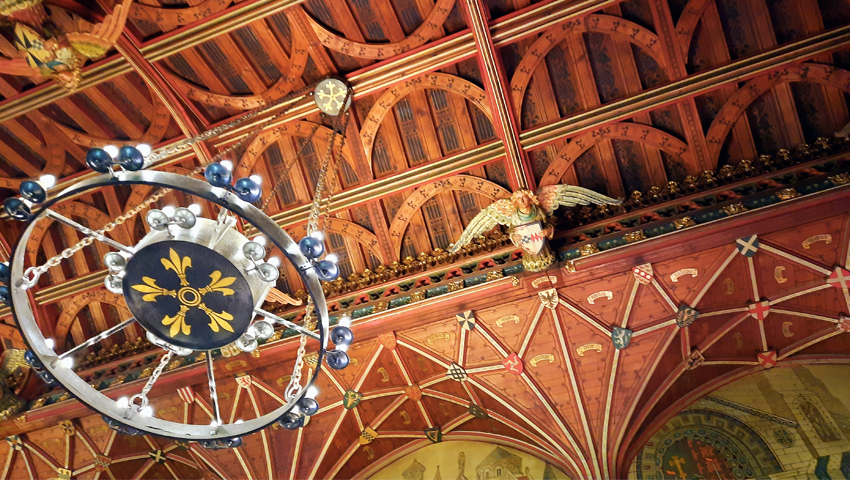 Take a virtual look around the Banqueting Hall at Cardiff Castle.

The theme of the hall’s decoration is medieval history and the impressive chimneypiece shows Robert Earl of Gloucester, an illegitimate son of King Henry I and twelfth century Lord of Cardiff Castle riding out to battle. The impressive murals (painted in 1875) depict scenes from the civil conflict known as the ‘Anarchy’, when Robert’s half-sister, the Empress Matilda fought her cousin King Stephen for the throne.

The south end of the hall is dominated by a large, medieval style carved walnut screen, designed in 1887 and produced by craftsmen from Lord Bute’s own workshops. Above one section is a minstrels’ gallery, where musicians would play during Lord Bute’s dinner parties. 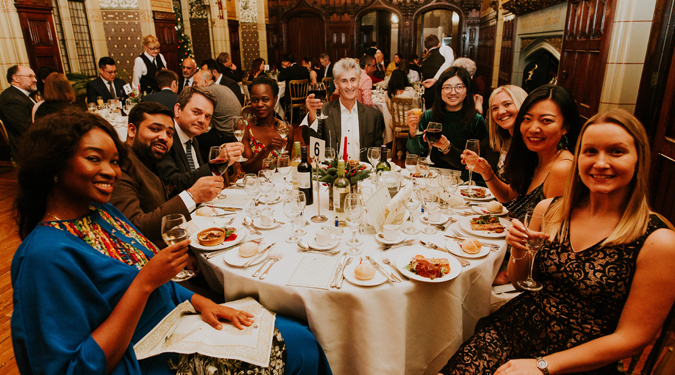 Originally used by the Butes for entertaining on a grand scale, the high ceilings and atmospheric lighting make this room an unrivalled and spectacular setting for weddings, functions and all manner of important occasions.

(Dates excluding the 25 & 26 December and the 1 January. Times until midnight on Sundays) 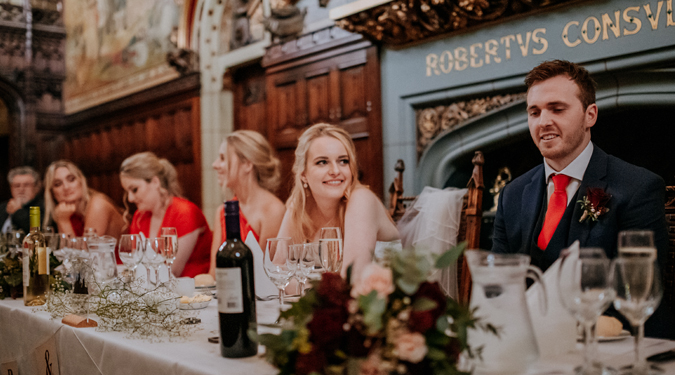 Cardiff Castle is one of the most exclusive wedding venues in Wales. Whether you want to stage all, or part of your wedding day here, the Banqueting Hall is the perfect place to stage your special day with that extra touch of magic.

At the heart of the capital city, Cardiff Castle is the ultimate in prestigious locations. The Banqueting Hall is flexible and can be set up in a variety of configurations for use as a meeting room, conference venue or function space.