This splendid room is within a fifteenth century tower and the spire was added by William Burges in 1878-9 in order to accommodate this new interior. 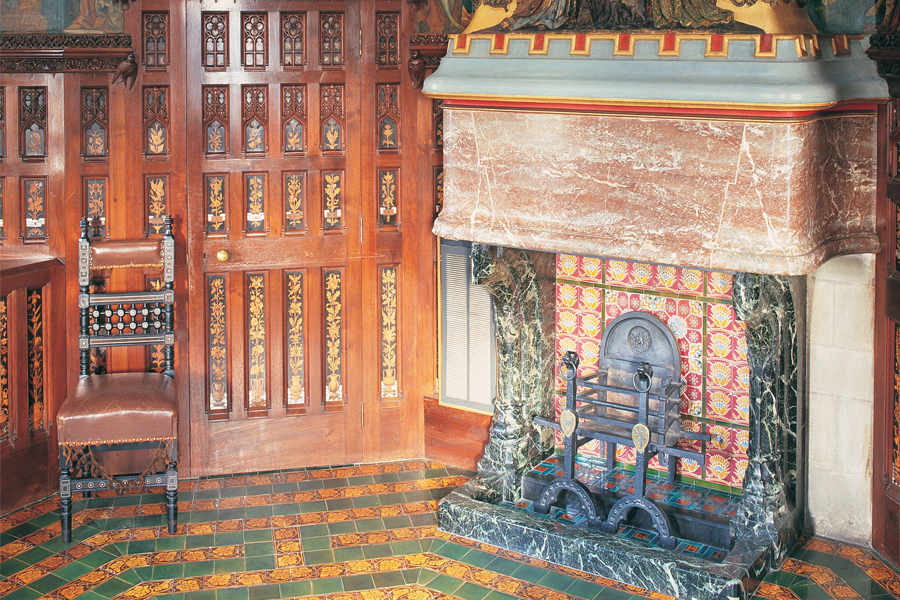 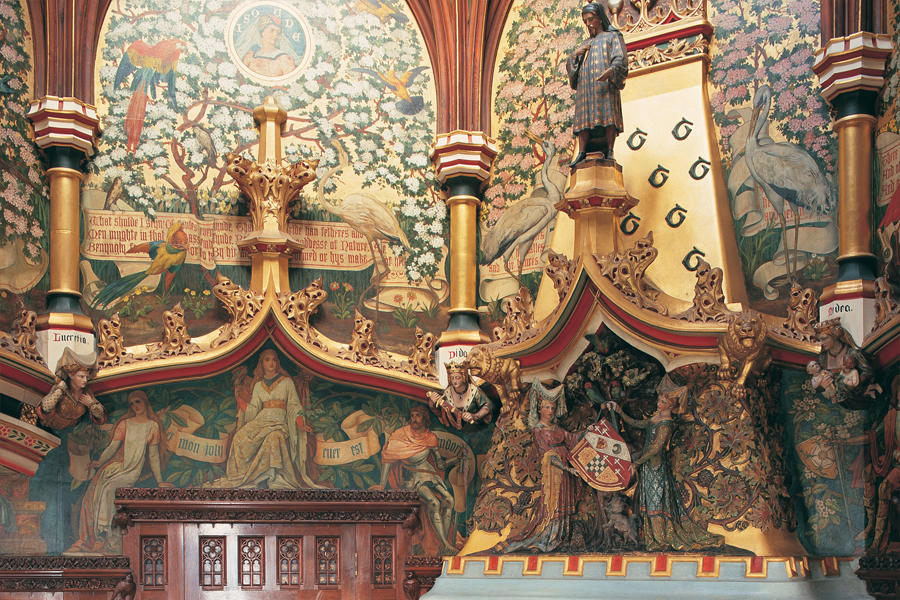 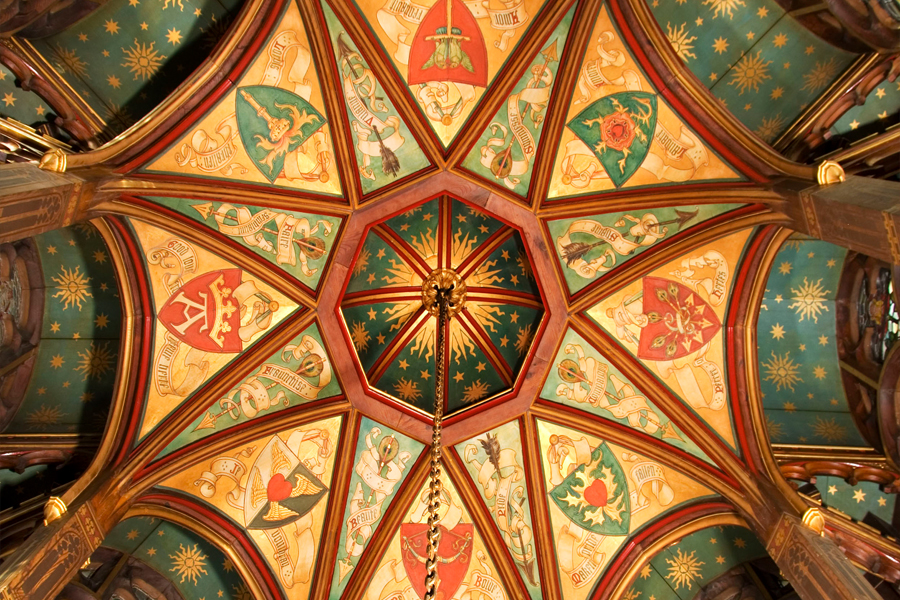 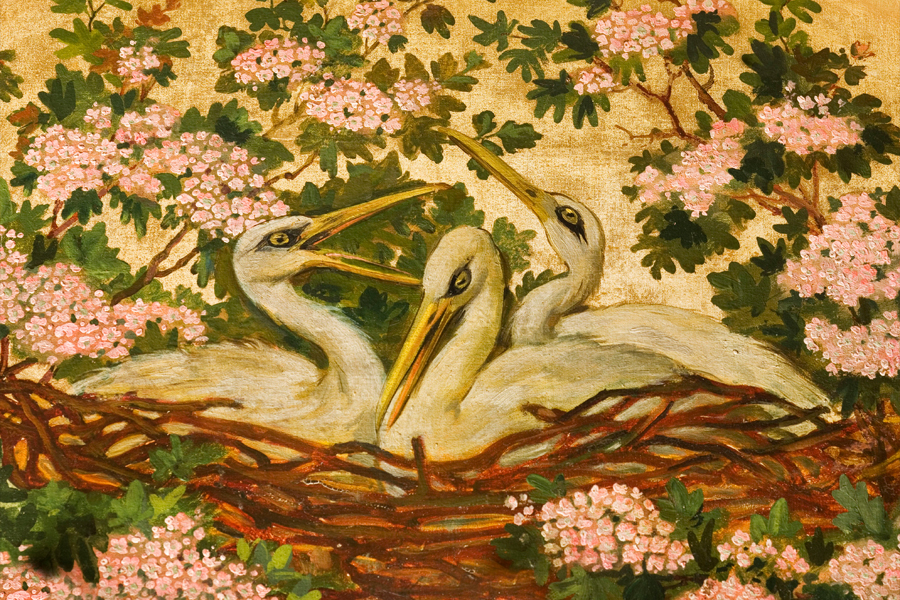 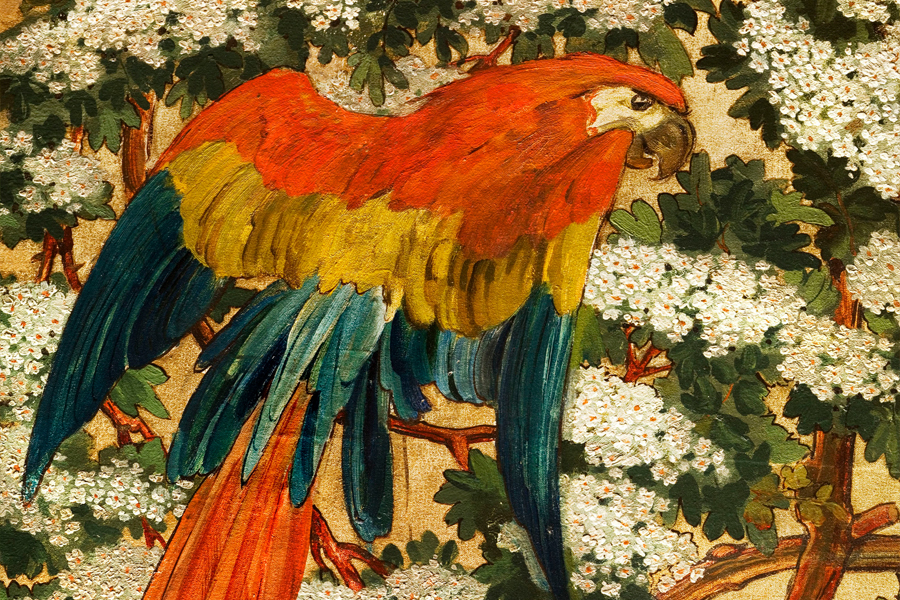 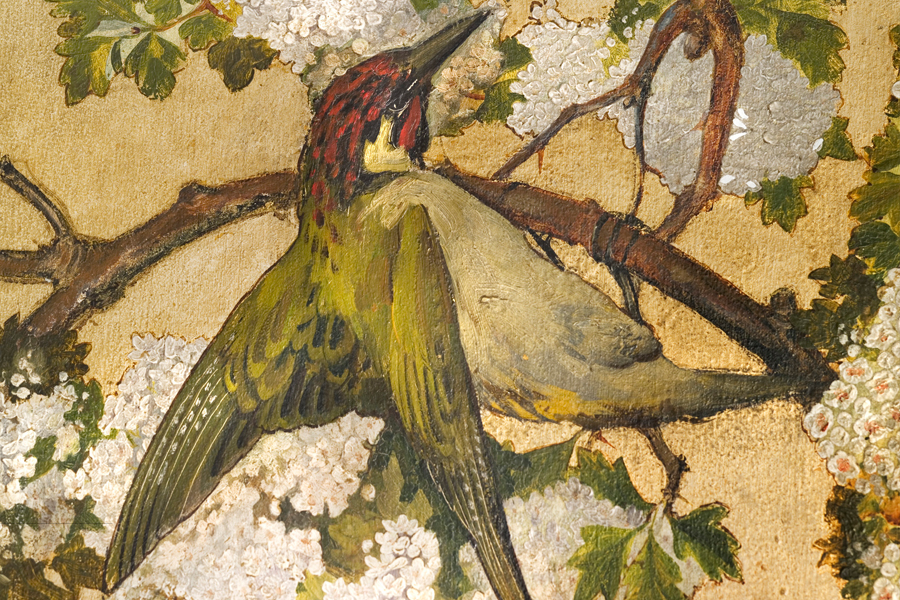 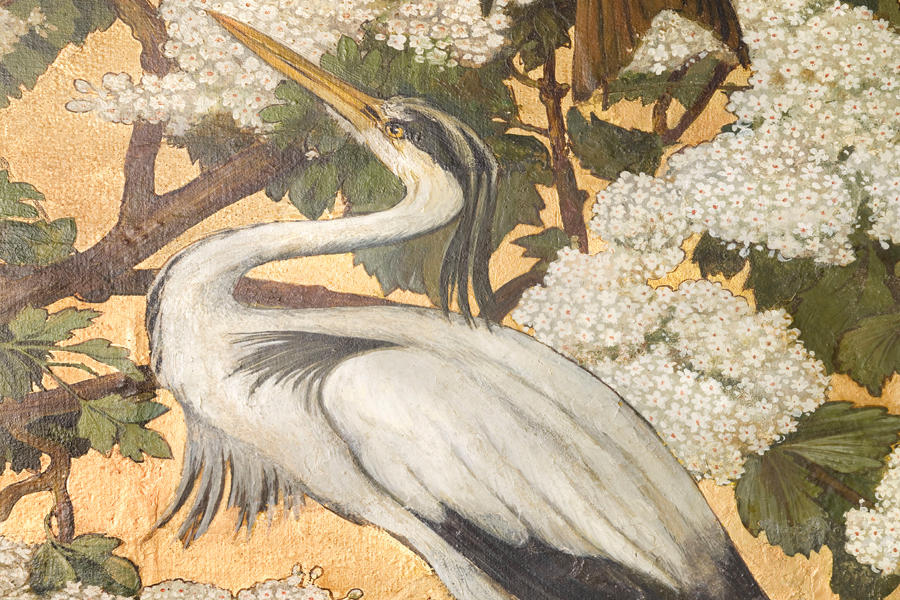 Although Burges created the room, he died before he could design the decoration, which dates from 1884. The wall canvasses, showing ‘The Parliament of birds,’ were painted by Charles Campbell, an artist Burges admired.

The theme of the room is Geoffrey Chaucer, ‘the father of English literature,’ who lived in the fourteenth century. A figure of Chaucer stands on the carved chimneypiece.

The stained glass windows, high above in the spire, show ‘The Canterbury Tales’, Chaucer’s best-known story, and were made in 1880-82. The artist Horatio Lonsdale designed them.

The beautiful panelling is inlaid with flowers and insects, made of boxwood, ebony and mother-of-pearl. These were made by the men of the Bute Workshops here at the castle.

The room was originally used as a sitting room for Lady Bute. The chimneypiece includes her heraldry, as well as two of her pet dogs – carved in stone.