This room is located in the Guest Tower, which was designed by William Burges and built from 1874, the decoration of the Nursery was completed in 1879.

Lord and Lady Bute had four children, Margaret, John, Ninian and Colum, and this room was used as a day nursery and schoolroom.

Admission to the Nursery is only available by joining a guided tour. 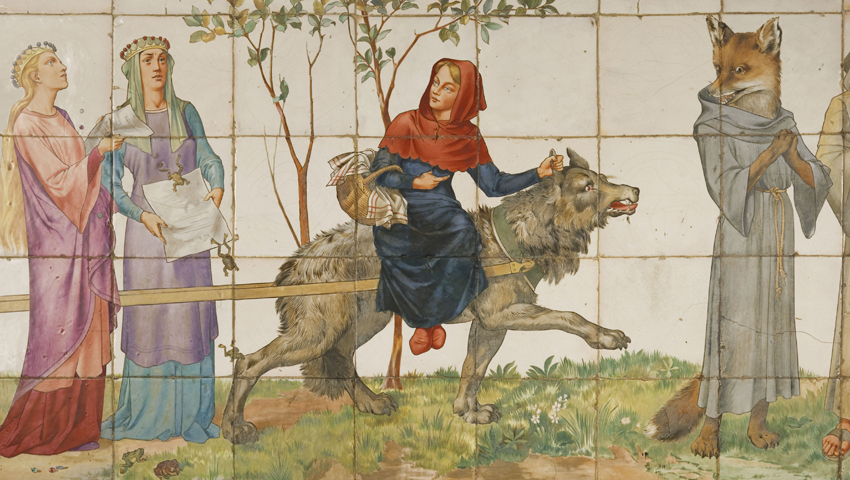 Take a virtual look around the Nursery at Cardiff Castle.

The Bute family only spent about six weeks a year at Cardiff Castle, but the children all loved
coming to such an ancient and romantic place. The Bute children had a nurse, a governess and two nursery maids to look after them. The maids were Welsh and French and taught the children to speak both languages.

The decoration is appropriate for a nursery and the wall tiles show a processional frieze depicting heroes and heroines from Children’s literature. The tiles were painted by the artist Horatio Lonsdale, who worked for Lord Bute for many years.

The chimneypiece is made of painted stone and the carving is by the London sculptor Thomas Nicholls, who was one of William Burges’ favourite craftsmen. It represents the figure of ‘Fame’. Beneath, Fame’s herald holds two trumpets – one gold, one black, representing ‘great renown’ or ‘ill fame.’