Hidden beneath the Castle’s south-east tower, situated opposite one of the remaining sections of Cardiff’s third century AD Roman fort, is an incredible mural made out of cement and plaster, finished in metallic gold paint.

The first section depicts Silurian village life in the early first century and the sighting, by the Silures, of the invading Roman fleet off the coast of South Wales.

Scenes of men at work in the armoury follow and then the gathering of the Silures to ward off the intruders. Other sections show the invading forces disembarking and the battle being fought and won by the Romans.

At the far end is a magnificent Roman charioteer struggling with a pair of horses, surrounding the tableau are children at play, all manner of pots, food, armour and other domestic items, and Romans proudly parading their standard.

The mural was commissioned by Cardiff City Council and was sculpted by a local artist, Mr Frank Abraham. The mural was started in 1981 and completed in 1983. 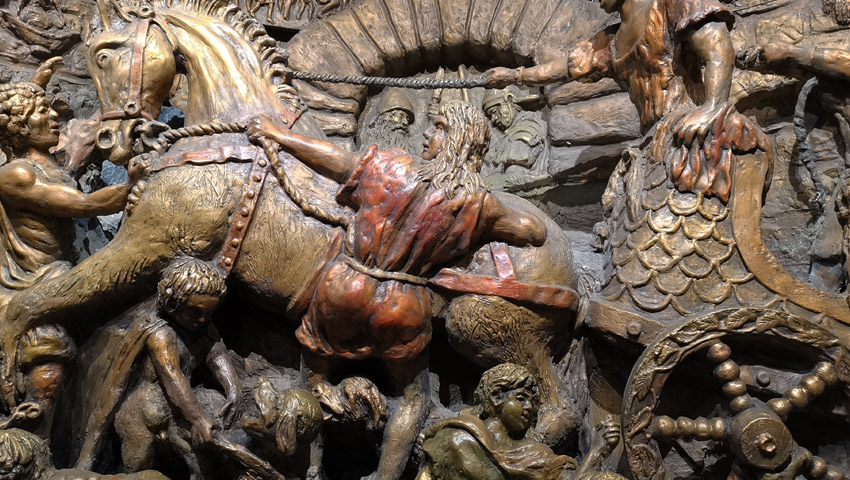 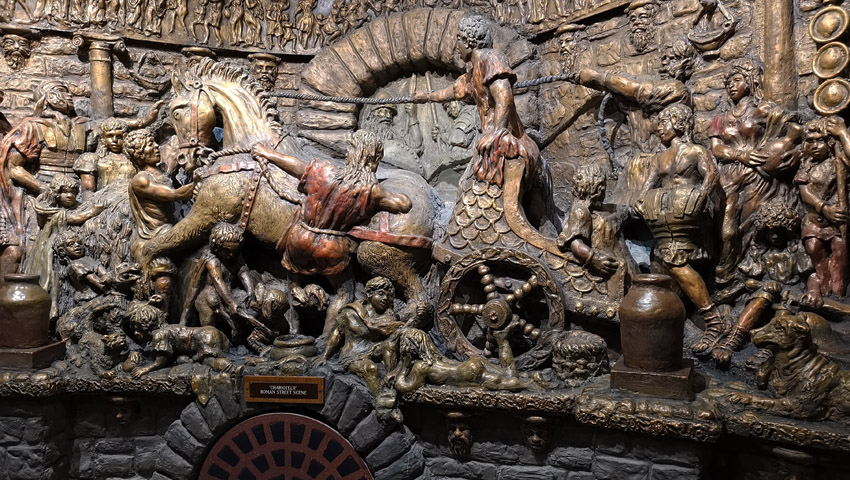 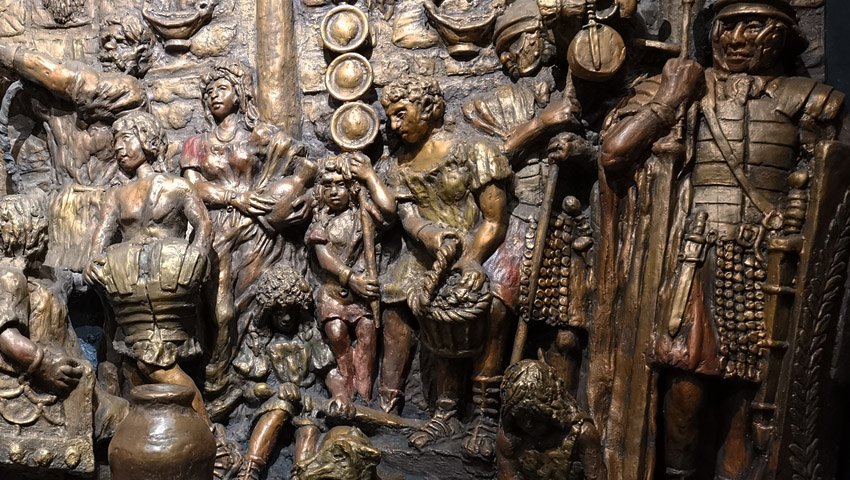