See & Do The Trebuchet

The Trebuchet at Cardiff Castle, one of the deadliest military machines of its time, is an historically accurate replica of a 13th century siege engine developed to attack the solid walls of castles.

Using a sophisticated counter balance system, large rocks and stones in excess of 150 kilograms were placed in the catapult sling and hurled with such a force that they could breach the strongest of fortifications.

Located in a key position on the Castle Green, the Trebuchet at Cardiff Castle was originally built by locally based professional set makers and carpenters for the Hollywood movie Ironclad (Runnymeade Productions). Starring Paul Giamatti, James Purefoy, Brian Cox, Mackenzie Crook, James Flemyng, Derek Jacobi and Kate Mara, the film chronicles the great siege of Rochester Castle in 1215, when a group of rebel Barons defended one of the most important strategic forts in Britain against the ruthless King John who was hell bent on reclaiming his power following the signing of the Magna Carta.

With the help of ‘A’ level Maths and Physics students from Cardiff High School, the optimal range and velocity for firing the Trebuchet has been calculated; and a team of 8 members of Cardiff Castle staff, ‘The Trebuchet Team’, has been trained to load and fire this medieval piece of technology. 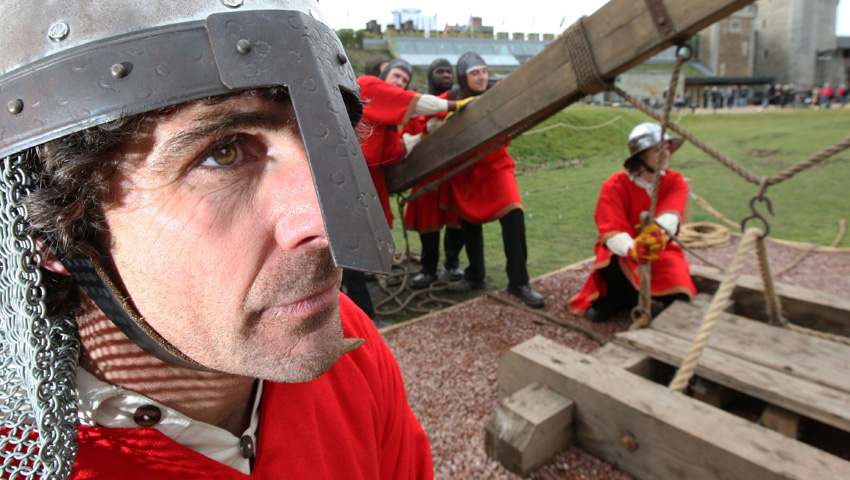 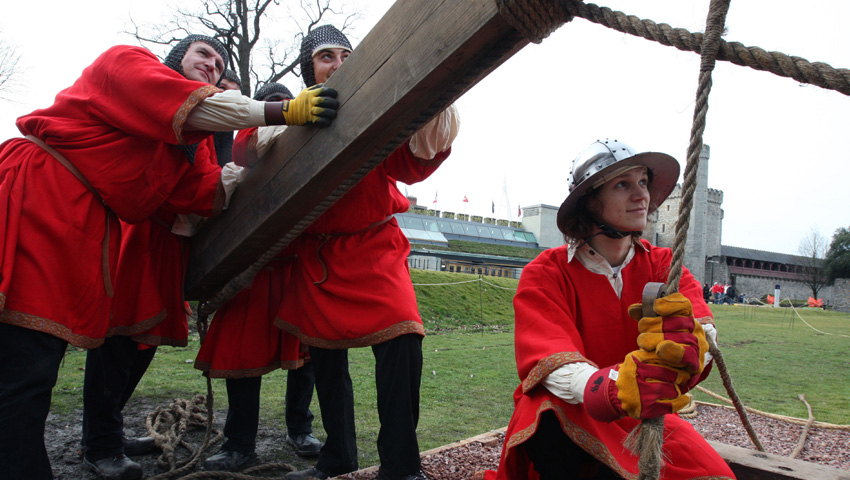 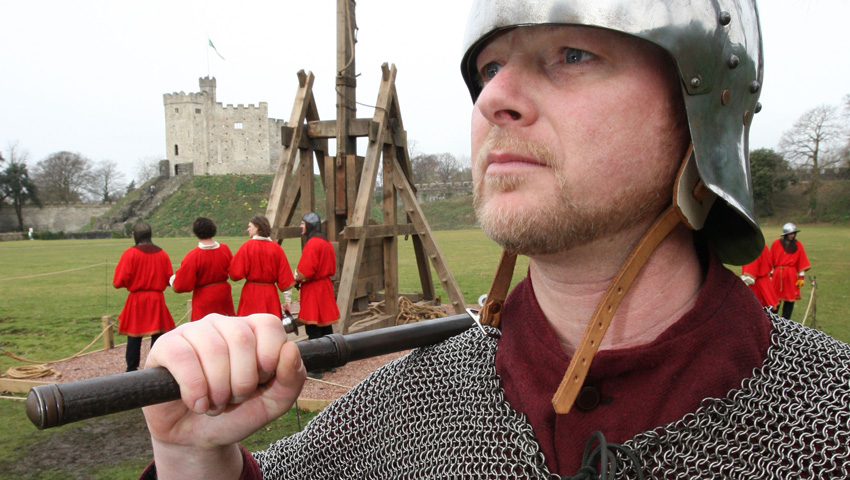